After a long and generally unpleasant day at work on Tuesday, I got off the train at a stop other than my usual one, thinking that I might pick up a piece of pie on the way home – because honestly, most everything is improved at least somewhat by pie.

It was raining pretty steadily, and as I trudged down the street it’s possible that I muttered to myself more than a little. I might even have whined.

And then I happened upon this: 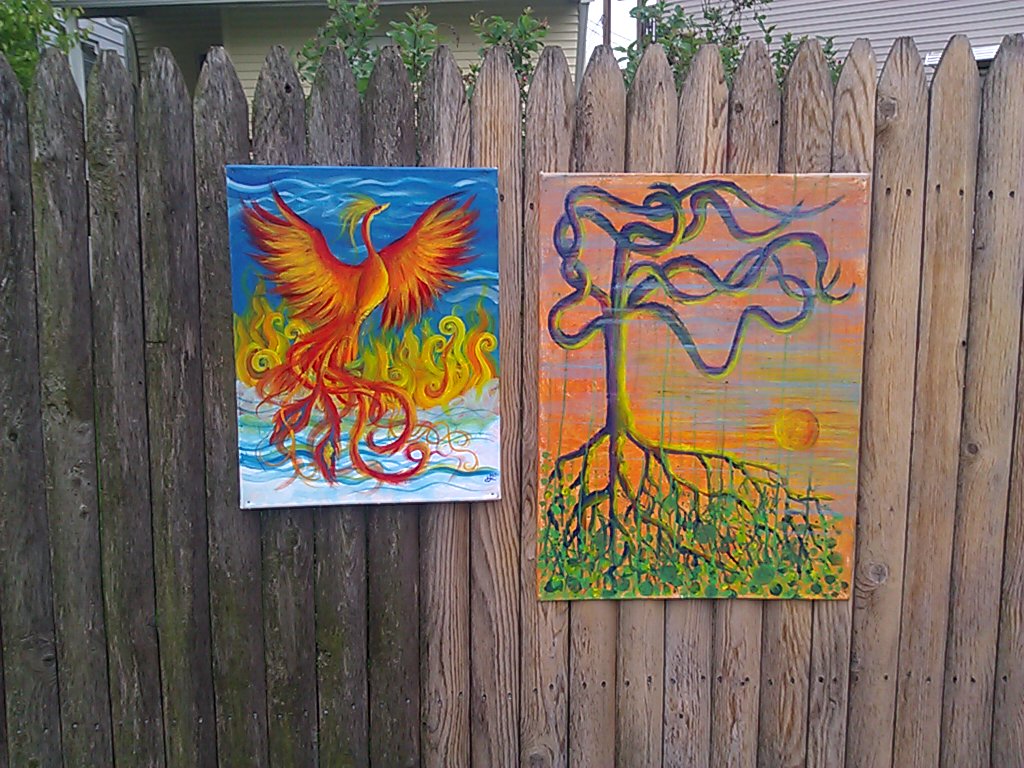 Two quick things that I love, here. First, I think both of these paintings are really cool. I like the phoenix, but but the tree…damn. I dig that a lot. It’s just something about the way the roots seem to be waving in the breeze, I think.

The second thing, though, is even more important than the fact that I like the images. These were attached to the outside of the fence, facing the street. I have no idea whether the artist lives in the building where they’re hanging or not, but in either case there was a conscious (and largely anonymous, though the artist signed at least one of the paintings) choice to share these pieces of art with the world. That’s both brave and beautiful, I think.

Thanks, unknown artist or artists who I’ll probably never meet. The world is a little better for your choice to share your work with it.