In defense of the edge

‘That only matters to the people on the rim.'”

I’m about seven months into a Wheel year, which means that, from a numerological standpoint, the year that started on my last birthday has been (is being) ruled by the number 10, which corresponds to the Wheel of Fortune card in the Tarot (if you believe that stuff, which mostly I don’t, but sometimes I sort of do). This is a card that usually, to me, at least, invokes some feelings of anxiety and worry. That wheel goes round and round, and it’s scary out on the edge, man.

One of the things that I’ve been told about dealing with the Wheel in general, and a Wheel year in particular, is that you want to stay in the center to take advantage of the stability there. And I think that is a wise thing, for sure. Standing in the center isn’t about ignoring the change that manifests with the Wheel (or, rather, the change that’s always going on, but perhaps seems to be magnified during this time) – it’s about being in a place of centered stability, from which I can engage with that incessant change without being flung off the side.

Here’s a thing, though. What if the change that’s happening needs to be engaged with differently?

For the past four months, our home has been in various stages of a remodeling project. So: decision-making, packing, culling, demolition, rebuilding, finishing, culling, unpacking, more culling, swearing, more decision-making, and so on. It’s felt like an immense project, and for me it’s been at least as much emotional labor as it has been physical (to be clear, professionals are doing basically all of the physical work with the exception of packing, unpacking, etc). When we moved here in 2010, we had intentions that turned out to be wholly beyond our ability to manifest. A combination of factors have contributed to that – circumstance, personality, foolishness, shifting priorities, and good old-fashioned overconfidence and naïvete. So the place I’m living won’t be a lot of things that I had hoped for – it’s not going to be a housing cooperative, and we won’t live here with a family of choice that treats the space as shared and communal in the way that I hoped (and sometimes still ache) for. Instead, it’s a place that in the long term is as much an investment as a home for me. And that really makes me sad, a lot of the time. The improvement of the physical space, as welcome as it is, also serves as a reminder of that fact, and of that failure. This whole process has been – still is – very difficult for me.

All of that is true. What’s also true is that the change, the transformation, the shifting of the physical space to match the reality of what is true and what will be true for the foreseeable future is a crucial thing. Hanging onto the symbols and trappings of that dream-that-was has made me ill, made me angry, made me feel the loss and sting of failure all the more.

There is a grief that runs under all of this for me. I’ve had other grief in the past few years, and I’ve discovered something about how that works for me. I don’t process grief from the center of the Wheel. Other people can, I know, and I imagine that it’s a better way of approaching the whole business. But as much as I might wish that that was true for me, it’s just not. It’s a sort of change, of loss and sorrow, that I need to lean into. I need to let it be, let myself be, and step away from the center, at least for a little while.

So I think that’s what I’m going to do for the rest of this scary year. Stop fighting my way back toward the center and hang out on the edge. Lean in the direction of change and know it’s the only way, for me, to begin to turn loss into something else. 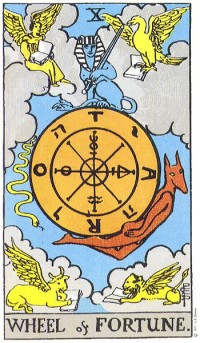 Talking about the p-word

9 thoughts on “In defense of the edge”