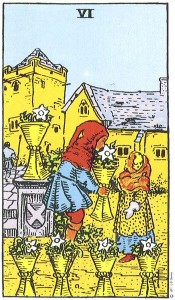 A life’s work doesn’t always present itself as a flash of insight or a burning bush. Sometimes it’s a slow dawning, something that reveals itself from within – day by day by day.

He’d been a soldier all his life, and liked it well enough. He appreciated the simplicity of it, knowing what needed to be done and knowing who the opposition was. It was always possible to lose a battle, of course, and he lost his share, but he took comfort in that clarity of action all the same. Perhaps he liked that most of all, in fact – that he didn’t need to speak in order to send the message to his opponent. “You may conquer that village,” he didn’t say, “or defend that hill, but first you’ll face me.”

One day he realized with much surprise that twenty years had passed since his first deployment. Even more surprising, he discovered that sleeping in brief moments in the field, waiting for hours or days on end while knowing that ultimately that waiting and boredom would be eventually be broken by fear and violence…well, those things had rather lost their appeal. So he did the bravest thing he could imagine in that moment, and he left.

After a time, he found a town with a name he didn’t know, but that seemed strangely familiar. Perhaps he fought to occupy it once, or perhaps he haggled for supplies for his company as they passed by to one war or another. Or perhaps it seemed familiar only in the way that many things begin to seem familiar to us at a certain age, even if we’ve never seen them before.

The place wasn’t all that important to him, anyhow. What was important was the square in the middle of town, and the children playing there, and the entryway that he could station himself at to stand guard over the innocence within that he himself had spent long before.

Some say that he stands there still, and that the simplicity of his purpose still appeals to him. He stands opposed to the whole cold world, you see, and shouts without speaking: You may come for them, but first you’ll face me.