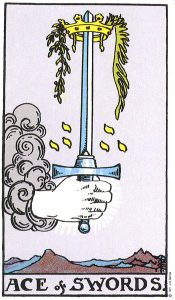 The sword appeared in the sky, held aloft by an ephemeral hand. It looked almost like a beacon summoning a superhero, which makes sense because that’s exactly what it was.

The Swordwielder (who was, it must be said, still workshopping that hero name) saw the sword floating in the sky, and smiled grimly. What nefarious deeds required their gifts in particular to fight? They were the fastest member of The League, and – they didn’t mind saying – the smartest, as well. Any challenge that required them would call for all of that speed and wit. Perhaps the mayor had been kidnapped and needed rescuing Or maybe a mad bomber had planted explosives that could only be defused by solving an intricate and diabolical series of puzzles!

Whatever was required, The Swordwielder (“The Gray Knight? Justice Blade? Rapier Wit? Really need to work on the name at some point.”) would be ready. They sprang into action, heedless of danger, and followed the beacon to its source.