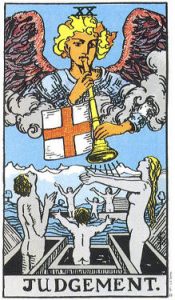 Once there was a woman who dedicated herself to music. Night and day she played, all instruments she could get her hands on. She wasn’t naturally gifted with any of them, and so her music was born of hard-earned skill rather than intrinsic talent. But she loved to play, and so she did. And her family loved her very much, so they almost never asked her to please stop for a while – though they did whisper among themselves that it would be nice if she stuck with the instruments she had already mastered, rather than constantly picking up something new and beginning again. Lutes and horns and drums and whistles and twelve-string guitars and xylophones – she filled the house with the sound of slow, almost imperceptible improvement.

Each morning, when it was time to wake (or when she decided it was time to wake, anyway), she played a particular song. The only one, as far as anyone knows, that she wrote herself. It wasn’t titled, but because it was a morning song her family came to think of it as an invitation – to the day, to them, to the world. It was one of those songs that sounded different to each person who heard it. One of them heard a plaintive, haunting note that felt like the remnants of a dream holding on for just one more second before being released. Another heard the stirring rhythm of the day’s work as if it was approaching from just over the horizon. Still another heard the sigh of relief that the sun really had risen another day, in spite of that deep, vague fear that darkness would remain always.

The truly amazing part of this song is that it sounded just as lovely no matter what instrument the woman was playing that morning. Different, certainly, but the same essence was there – that same essence that was unique to each listener – whether it was drum or electric guitar or tuba or flute. It could be that it sounded so lovely just because of her skill, but I think some portion of that beauty was added by the love the woman’s family held for her.

And sometimes – not always, but sometimes – in the sounds of the birds or the passing train or the thunder or the snore of a loved one or the sigh of an old, old dog, you might be able to hear it yourself, that song of invitation. You see, she plays all of the instruments, every one, if we can just listen.