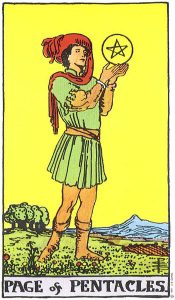 Some adventurers – most of them, perhaps – seem to be born knowing that adventuring will be their fate. They explore their surroundings from an early age, wondering what’s over the horizon. They dream of epic quests that include them at the center. Others, though, begin very differently.

This particular soon-to-be adventurer was, by all accounts, quite content with life at home, surrounded by what made them comfortable – a hearth, food they enjoyed, friends to share it with, and a routine they could count on.

That all changed the day the genie arrived at their door. “Hello,” the genie said. “I’m here to grant you a wish.”

The not-yet adventurer frowned. “I’m very certain this isn’t how it works. I have read a few books, and the genie is trapped in a lamp or something, and then the person who finds it and discovers the genie is the one who receives the goods. Also, isn’t it three wishes?” The adventurer-to-be didn’t want to get a bad deal, after all.

The genie nodded. “Yes, friend, that’s true. Unless, that is, the finder of the lamp is incapable of completing their wishes. Then, after a period of ten years, the genie moves onto the finder’s nearest living relative to complete the contract.” The genie produced a very ornate document from nowhere and pointed out the relevant details.

“Well, but I have not heard of any relatives with genies, and I’m pretty sure that’s something they would have mentioned. Perhaps you have the wrong place? I think I’ll just go – ”

(back inside, they didn’t quite get to say)

“No, afraid not,” interrupted the genie. “See, the thing about contracts is that I’m bound to follow them, I can interpret the particulars rather creatively and still be square. So here it is – your seventh cousin twice removed lived about 50 miles from you and died ten years ago. You never met her, she never met you, but you were her closest living relative. The next closest is…” the genie consulted a map, also produced from nowhere, “another half a mile away, so you’re the lucky winner. She left her final wish unasked for her whole life, and I’ve been stuck here with nothing to do for 40 years. Thirty waiting for her last wish, and ten just sort of hanging out. I’m *tired* of it. Just make a wish, and I’ll be on my way.”

The genie’s not-just-yet adventurous host nodded sympathetically. It did seem unfair that the genie was stuck here indefinitely, and it would be easy enough to take care of things. “Just ask for something simple, something that will make life a little easier, and this whole business will be taken care of,” they thought. They opened their mouth to wish for some more good food, or a bit of firewood for the hearth, or extra money so they could throw a party for their friends and take a few days off work to do it. In short, they opened their mouth to ask for more of what they already had.

Now, maybe this has never happened to you, but sometimes, people intend to say one thing, but in that split second between intending and speaking, something changes, and they say something entirely different. Interestingly, what comes out is sometimes more honest than what was intended.

That may be what happened here, because what the person actually said was this: “I wish to find my heart’s desire.”

The genie blinked. “Wait, what?”

The not-adventurer clapped a hand to their mouth, as if to pull the words back in. “Oh, hell,” they muttered.

The genie smiled. Not exactly a cruel smile, but the smile of someone who enjoys seeing interesting things happen as long as they happen to someone else. The genie extended a hand, and pointed, and somehow just by pointing they conveyed a sense of great distance, and great time, and great action.

“You’ll find it that way,” the genie said.

The instant those words were spoken, a longing burst forth in the suddenly-not-quite-so-content-with-their-life-person’s chest. A desire they had never felt, seductive and raw and right and absolutely terrifying.

And so the adventurer set out, perhaps a little bit reluctantly, to find out what all the fuss was about.