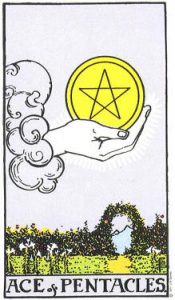 The legends said that a great lush garden would await those who followed the signs in the sky. That assumed, of course, that the signs in the sky actually appeared. For years and years, the people waited, hoping to see that signal that would tell them where to go to find their home, their paradise. This waiting lasted for so long, in fact, that eventually some of them began to doubt. Was the legend real? Who had written it down, anyway, and were they sober at the time?

After some long time, the people largely gave up on the legend, but maintained some part that at least hoped that it might be true. It was hope without expectation, like hoping that some extra money might turn up by surprise, but not making dinner plans as if it has already happened.

Since they weren’t actively waiting for the sign anymore, the people needed to fill their time somehow, so they began making their surroundings more comfortable. Clearing a path for a road to the mountain pass, so they could visit their distant neighbors more easily, building a nice set of homes for themselves and one another, even planting a few flowers and hedges along with the crops they needed to survive. Some of what they did was purely practical, as it always must be, but with some of the extra no-longer-waiting-for-a-sign time, they added a bit of beauty to their work where they could. It felt nice to do that, like they were contributing their hearts’ work along with that of their hands and minds.

This, too, continued for a long time, and the people were largely content with what they created and with the work they had chosen. They didn’t think very much about the legend at all, and when they did it was with a certain quiet nostalgia rather than the energy that it used to consume.

Which is why, I suppose, it came as such a shock one day when the people looked up to find the legendary signs in the sky, above the home they had made through their work together.