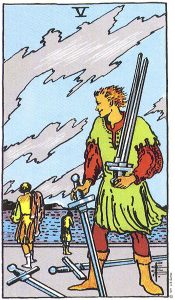 Once a group of five friends went off to war, and just two of them came back.

“We ought to have known,” they would tell themselves later, but how could they? The omens were all positive, from the visions in the fire to the gust of easterly wind as the lots were cast to the simple feeling of invincibility that came from being young and full of purpose.

It took a long while for the survivors to make the journey back home, and they spent a great deal of that time considering how they would speak to their friends’ families, and how they would apologize for not keeping them safe and alive. When they returned home, though, they were shocked to find their neighbors and loved ones gathered to congratulate them on a great victory. News of their success had preceded them, and there was talk of a parade to celebrate the accomplishment. Even the families of the fallen were there – a bit sad, to be sure, but cheering along with the rest.

The survivors threw down their weapons in response to this. “We cannot celebrate a battle that killed the best of us,” they said, “You may call it a victory and hold a parade if you must, but you’ll do so alone.” And they returned to the docks to look across the sea toward where the good omens and grand deeds had led them to heartbreak.

The winds picked up then, carrying a breeze from across that same sea and bringing scents of victory and tragedy in equal measure. As the air whistled and swirled, a newcomer arrived, flame-haired and ageless, and while none of the villagers recognized them, somehow they were still accepted. The stranger watched the survivors for a few moments, and then began collecting the discarded blades. If the flame-haired one knew one thing (and they knew many more things than one), it was this: Eventually, whether the omens were good or ill, whatever messages arrived in the flames and whatever winds blew, someone would take up the weapons again, and do the stranger’s work once more.