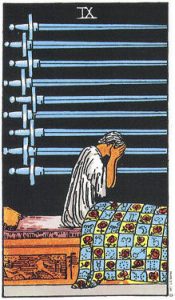 Once there was a ruler who had been beset by terrible dreams. They weren’t the usual sort of unpleasant or strange dreams – they were true nightmares, full of fear and violence and death of the people the ruler had sworn to protect. After the dreams had ruined more nights of rest than the ruler could really afford, they finally called in their royal advisors to discuss the problem.

The military advisor spoke first, as they often did, declaring that the dreams must be a magical attack from their enemies, and suggested that a surprise assault would be the best way to handle it. The ruler nodded sympathetically, but pointed out that a war was probably not the most proportional response to a dream.

The royal jester weighed in next, saying that what the ruler needed was a distraction, to let go of their worries before bed. The ruler thought back over the books they had read, the wine they had drunk, the theatre they had attended, and the companionship they had sought, all in an effort to stave off the dreams. Shaking their head sadly, the ruler said that they had really tried as much of that as they could reasonably afford.

The doctor was next, with an examination of the ruler’s head, then the royal priest, who asked if the ruler had anything to confess, then the sage, who searched the the chambers for substances that might cause nightmares, and then the historian, who examined all of the previous rulers’ diaries to determine if any of them had had similar dreams (if they had, none of them wrote about it). After all of that, a whole series of dream interpreters were summoned, and they pored over their books and charts, cross-referencing the dreams’ images to the different meanings they each could have on their own or in tandem with the others. By the time they got to their third interpretation, which involved an odd combination of regrets from childhood and literal flying cats, the ruler asked them to please leave.

Now, one very wise thing this ruler did that most other rulers didn’t was to keep one more advisor on staff. A commoner of no particular role or rank, whose job it was to remind the ruler what it was like to be a human being. They didn’t always speak, but this time the ruler turned to them.

“Well,” the common advisor said, looking uncomfortable as they always did in such august company, “it seems to me that if you’re dreaming of violence and war hurting everyone, maybe you shouldn’t surround yourself with so many trophies of battle? You could try spending more of your waking time with the things you want to visit in your dreams.”