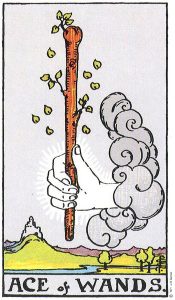 I suppose I was as confused as anyone, the day the Visitors finally came. They appeared in the skies, but they couldn’t talk – or at least they didn’t speak any language we understood. When we saw the impossibly large club they brought with them, we realized pretty quickly that they were trying to communicate with symbols. They’d been up there for a while, hovering beyond our reach, observing us. After all that time, it had to be a carefully-selected symbol to open communications with, right? So the fact that it was a weapon was a pretty clear signal of their intentions, and we responded in kind.

Oh, we were careful about it, of course – the Visitors came from gods knew where, across the heavens or further even than that, and they were clearly powerful enough that they felt comfortable saying straight out that they intended to do us harm. So we had to be clever and take them unawares. We invited them down, eventually, once we had prepared a proper welcome for the invading “guests.”

The first one that emerged from their craft was carrying one of those clubs, too, and our best warriors attacked without a moment’s hesitation. That’s the secret, or one of them, against a superior force – act decisively, without hesitation. The others must have been frightened by the ferocity of our attack, because they closed up their doors and flew off without even sticking their heads out for a second. After all that worry, they didn’t have the stomach for a good fight after all!

That was a while back, maybe 20, 30 years? We put the club right in the center of town, like a trophy, to remind ourselves of our bravery. It took some time to notice, but eventually someone realized that the ground around where the club was kept was…greener, somehow. More healthy and lush. Some folks started testing that, and they found that even taking one of the few leaves from the club and pressing it into a fallow field would have a similar effect. Nothing like a miracle, but everything there grew a bit better, the fruit tasted sweeter and the plants stood up to the weather more easily.

After that, well, we started thinking about how we could bring the Visitors back, what reparations we could offer and how we might explain our earlier mistake. Who knew what wonders they might have in addition to this! The leaders figure they have it all worked out now, and everyone knows their part when the Visitors return.

I don’t like to say this out loud, but I don’t believe they’re coming. I think they showed us who they were the first time we met, and I think we did the same.