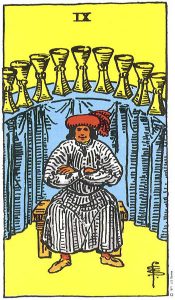 Once there was a merchant who took pride in cornering the market in whatever they happened to be selling that day. It made for some interesting trades before the marketplace opened. Swapping a fine horse for every button another seller owned seemed like a foolish bargain at first, but as the merchant had also traded for every other button that was for sale that day, they were able to turn the stock into enough coin to outfit half a dozen horses by the time the market closed for the night. The merchant recognized the value of a monopoly, and if it took a lesson for others to do the same, well, so be it.

It went like this for a long while, with the merchant capturing the market on feathers for quills or laces for shoes, or needles for sewing, and turning those innocuous items to great profit when it became clear that anyone who wanted to buy them found only one supplier. The merchant was never tossed out of town, exactly, but no town was ever sorry to see them leave, either.

At first business was slow, but that was to be expected. Eventually, though, a group of townsfolk gathered around the stall, slowly realizing that indeed, the merchant had gathered up every cup and mug and glass in the town. The merchant smirked. “Sure does look like a hot one out there, doesn’t it? A fine day for a cool drink, I’d say. Now, my prices may seem a bit…extraordinary, but I’m sure you’ll agree that it’s the best deal in town!”

A few of the townspeople muttered, but there wasn’t the uproar followed by resignation (followed by reluctant payment) that the merchant had expected. After a moment or two, someone from the crowd said, “We could always drink wine right from the bottle, and pass it around, eh?”

The merchant’s smirk froze in place and began to grow a bit strained.

“Or just order a pitcher of ale instead of a pint. Bartender wouldn’t mind that one bit, I imagine.”

The merchant was starting to sweat a little now.

Another voice called out, “A bowl holds water just as well as a cup, in a pinch.” And with that, the crowd sort of drifted away, the momentary crisis abated before it really had a chance to get going.

The merchant, for their part, sat there in their pajamas and their favorite slippers and their second-best hat, thinking, “I really ought to have stuck with the buttons.”