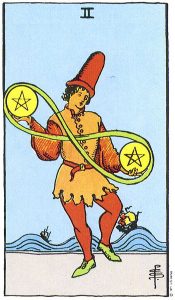 There was once a juggler who stood by the shore and dispensed advice to anyone who asked for it. Very few people did ask, because jugglers aren’t necessarily known for their wise counsel, but on occasion someone would ask, and the juggler would share what they knew.

One day a young sailor – or, as they had never actually sailed before, a soon-to-be sailor – approached. “Juggler,” the protosailor said, “I have come to you for advice.”

“When you ask someone for advice, it’s customary to flatter them first. It’s part of the exchange, you see. you fawn over me a bit, I give you a nugget or two that turn out to be oddly prescient, and you go on your merry way. Easy enough, yeah?”

“That was free advice, right there,” the juggler interrupted, “but you should still thank me for it.”

The young sailor to be pinched the bridge of their nose, then remembered all the times they had seen their parents do the same thing when particularly vexed, and they stopped immediately. “Thank you for that…wisdom,” they said. “Um. Anyway. Great juggler, I have come to you for advice. I am about to begin my first ocean journey, and I am very nervous.”

“Why are you nervous?” the juggler asked.

The juggler nodded sagely. “But in spite of that, the seas in your heart, is that it?”

“Oh, god no! I just need to get out of this town, and it seems like the only way.”

If the juggler was surprised by this answer, they didn’t show it, and forged ahead. “Well, sailing’s a bit like juggling, isn’t it?”

“Is it?” the reluctant sailor asked, rather skeptically.

“Look, the secret to juggling is to pay attention to what’s important in the moment, and what’s important in the moment is the next ball to catch and to throw. That’s it,” the juggler (who had been juggling through this whole conversation) said. “The ones in the air don’t matter. They’re not here yet, and when you start to think about them and forget about what’s right in front of you…” a ball brushed the juggler’s fingertips, flew off to the side, and the almost magical cascade of flying objects fell to pieces in an instant. “You see?”

“That seems all well and good for juggling, but on a ship there are a hundred things to do! Trim the sails and keep watch for other ships and keep the decks clear and take the heading to stay on course and cook the meals – ”

The juggler interrupted again. “Does one person do all of that? Or is it a whole crew?”

The juggler kicked one ball into the air, caught it, threw it up, caught it with their other hand, then repeated the process. Catch left, throw left, catch right, throw right. So simple to see with one ball, or two, and magic with three or five or seven. “So. When you’re on watch, be on watch. When you’re trimming the sails, trim the sails. And when you’re sleeping, by all means, sleep. Worry about what’s to come when it comes, and if you make each throw with care,” by now there were nine balls in the air, somehow, and the juggler continued chatting as if there were only two, “you’ll make that next thing easier to handle. So, like I said…sailing’s a bit like juggling, isn’t it?”

I get the feeling you say that about everything people ask you for advice about, the sailor thought. But, remembering the earlier lesson, they nodded and said only, “Thank you, great juggler, for the lesson,” and then they went off to board their ship.

(with a hat tip to Joel Rosenberg, who wrote a couple of amazing stories about a juggler who was somehow also a magical investigator.)