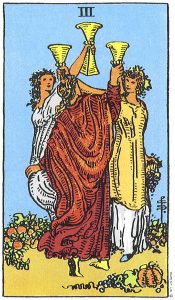 Once, a long time ago, the world was a difficult and challenging place. There were wars and there was hunger and no matter where one looked, it seemed like there was another problem that had to be solved or endured. In that way, perhaps, the world wasn’t all that different from what we might encounter today. And in the midst of the problems to be solved and endured, and in the midst of the disasters to be navigated and avoided and worried over, there seemed little time for anything but that.

Still, there were a few people who recognized another important truth: That while the work of the day and the struggle of the hour and the battle of the year were all critical, so too were the celebrations, both small and large. Not necessarily to mark the vanquishing of an impossible foe (let’s not kid ourselves – some foes are impossible), or the end of a struggle (most of these struggles don’t end, not really), but having made progress, even when that progress was marked by kindling a little hope, or making some amount of progress, or simply surviving the day. And so celebrate they did, and more than that – they looked for those opportunities to celebrate, to honor work done and goals accomplished and days survived, not just for themselves but for others. They raised a glass – of water, or wine, or whatever was most needed – to toast the work and the struggle and the survival, and invited each other person to do the same, as they were able.

Perhaps those skeptical others had a point, but the celebrants knew something very important. The act of celebration is also an act of connection, and community, and it can be sacred work. It is a reminder of one purpose of that other, ceaseless work. But more than that, those sacred celebrants knew that bringing people together is never pointless, sharing a moment of respite is not inappropriate, and inspiring joy is anything but frivolous.