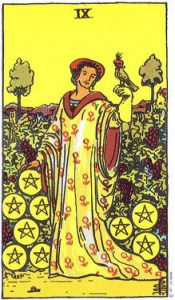 Once there was a woman who lived in an abundant valley, full of beauty and good food and perfect sunshine and luxury. She was happy there, or happy enough, and why not? She wanted for almost nothing, and who else in the world could say such a thing?

Now, there were rules that had to be honored in the valley, and chief among them was this: Remain in the valley, and ask as few questions as possible. For a long time, this seemed reasonable enough to the woman, because here was a place of plenty in a world with little enough of that. So the woman lived for many years – who can say how many? – in comfort and contentment.

She had friends among the creatures of the valley, and her closest was the falcon she had taught to hunt with her. The bird was good-natured and submitted to the hood and the woman’s instructions most of the time, but within its chest beat the heart of a creature who knew freedom and valued it above just about anything else. While the woman had agreed to follow the rules and remain in the valley, the falcon had not, and it often left to explore and return with stories about what it had seen and learned beyond the borders. Towers of glass and steel, cities beyond measure, mountains that reached toward the skies and seemed to touch them, and so many creatures and people and adventures to be found.

The falcon always returned, though, and the woman always asked, “What did you see in your travels?”

The falcon answered each time, but after who knows how many journeys, the bird began to hear the question underneath the question: What would I find if I left? And *that* answer, no matter what the falcon had seen in its travels – mountains or oceans, tiny villages or swollen cities – was always the same.

“Those who need what you have, and those who have what you need.”

Now this answer was rather vague, it’s true, and the woman dismissed it at first. The valley provided what she needed, after all, and of course there were those rules to consider. Even so, the falcon’s words stayed with her between their conversations, and she began to wonder – slowly, a little bit at a time – not just about what she needed, but about what might be needed of her.

Eventually, after a very long time, another of the woman’s friends arrived. The snail had been on a journey for months (or years – time was difficult to understand in the valley), and the woman delighted in its return. “How wonderful to see you again!” she said. “What did you see in your travels?”

Where the falcon had heard that question many times, answered it many times, and eventually came to understand what lay beneath it, the snail was both more swift of thought and less patient than the bird. So it approached, slowly, looked up at the woman, slowly, and after a long pause, said (slowly), “What are you doing here, my friend?”

The woman was, understandably enough, surprised. “This is my home! Where else would I be?”

The snail shook its head. “That is not the purpose of this place. This is a haven to return to for rest, not a place to remain forever.”

“But there are rules!” the woman protested. “I cannot simply walk away.”

“Well,” the snail asked, “which is it? Your home, or a place that you are not allowed to leave?”

As the woman paused and thought about this, the snail looked up at the falcon reproachfully. “Why didn’t you tell her?” the snail asked.

“I can only answer the questions I am asked,” the falcon replied. “And I did try, you know.”

The snail nodded in agreement, and returned its attention to the woman, who was looking very thoughtful indeed. After a few minutes, the woman sighed. “I’ve been resting for too long,” she finally said. “And the rules that keep me here are in my own handwriting.”

At this, the falcon and the snail both nodded. “That is true,” said the falcon. “But also,” the snail said, “this place? You created it, and it will remain. You may return, when you need to, when the work outside is too much and your heart needs to rest.”

The woman nodded this time, a little absently, already walking toward the boundary of the valley and the wider world beyond. She had waited a long, long time, time enough that she had forgotten for a while what work she was capable of. Now, as she began to remember, she felt a need to move, though not to make up for lost time (there is no changing the past, there is only choosing the present and making the future.)

“Well,” she said decisively, “I have it on good authority that I am needed, out there.”