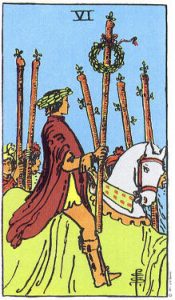 Once there was a man who went off to a great battle, not because it was a cause he believed in or because he felt called to defend his loved ones or even because it was his job to do so. He went, instead, because he felt it would look good if he did, and he was very, very interested in looking good. His participation was not beneficial to his side, and in fact may have charitably been described as something between pointless and an unmitigated disaster.

However, what the man lacked in martial prowess and ethical choices, he made up for with a sense of timing. And so he managed to leave the aftermath of the battle a little early, and as he did so, he immediately began fashioning crowns of laurels to signify a victory that he had not earned, and stories of that victory to support the signifiers. Because he was the first to return to the city, the man was in a position to declare victory, and that is exactly what he did.

Now, the citizens to whom he made this claim had – at first – no real reason to doubt him, and so they not only believed his stories, they celebrated his victory with a parade through the streets. Everyone, it seemed, believed the fiction.

Everyone except his horse, that is. The horse had been at the battle, after all, and had carried the man back from it and had heard him practicing his stories and had seen him fashioning his own laurel-crowns (these are rather like nicknames – they’re not really something you get to bestow on yourself). If this were a different kind of story, the horse would be able to talk and that would be the end of the ruse. But alas, this horse hadn’t bothered to learn how to speak to humans except through baleful looks and occasional affection, and so the man was able to get away with his story for rather longer than he ought to have.

The trick of it, beyond the man’s gift of timing, was this: He knew how to tell people what they wanted to hear, or at least what it was difficult to argue with. He seeded the ground with stories of victory, and also claims of the enemy’s inhumanity, and when other facts began to come to light later that ran counter to that…well, let’s say that there were those who were already predisposed to thirsting for victory, and who were already predisposed to projecting inhumanity upon others.

Not everyone believed him, of course, but enough did. A rather frightening number did, in spite of (or because of) the mounting evidence to the contrary and the increasing outrageousness of his claims.

This is a story with many endings, or with no ending at all, because it has happened many, many times. The man is eventually disbelieved and turned out of the city, or he is made king and his crown of laurels is exchanged for one of gold. His supporters turn on him when enough of his lies are revealed, or they support him all the more strongly for them. He delights in his deceptions and continues them indefinitely, or his conscience makes an unexpected return and he slinks away into the night.

Or the horse learns to speak, in the nick of time, and makes its voice heard.