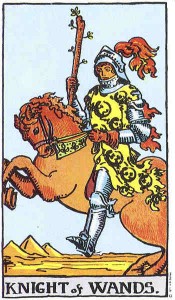 But this story isn’t about any of those lives. It’s about another one altogether.

The horse knew that the knight was afraid as they approached. It wasn’t that the knight looked fearful or smelled fearful or sounded fearful. It was all of those, and more – a simple abiding certainty, in the knight’s bearing and movements, that screamed to the horse’s senses: I Am Quite Frightened. Now, the horse had dealt with nervous riders before, and sometimes taught them to trust and other times taught them not to approach any horse until they had conquered that fear, thank you very much. The knight, however, for all that they were afraid, showed no clear sign of needing either of these lessons. They continued to approach and the horse continued to watch, and to consider what lesson might be imparted.

It was a slow process, the knight’s walk to the pasture, and still the horse was no closer to an answer. Finally, at something of a loss, the horse did something very uncommon. It said, “Look, I’m here to teach you, as I always am. But I don’t know what you need to learn.”

The knight showed no sign of surprise at having encountered a talking horse. After a moment, they replied, “I appreciate the offer, but teaching is not what I require.”

Now this was an odd thing, perhaps a unique thing. The horse had been around many times, many lives, always with the same calling, and while many companions had ignored their lessons, refusing them was something else. Perhaps, then, the knight needed to learn something about arrogance and false certainty? The horse considered this, and at length knew that no, that wasn’t the thing. The horse observed the knight closely and sensed that beneath the fear lay both pain and memory, and other things that were the knight’s to share or not as they chose.

Finally, the horse said simply, “What do you require, then?”

The knight said, “Things happened to me – things were done to me, and to people I love. I…withdrew for a time, because the things that were done and my memory of them were horrible, and because I needed time to plan my next actions.” The knight smiled a thin smile, in spite of their fear and their memories. “Now I think those things that were done require a response, and I would like very much to deliver it.”

The horse was quite out of their element with this knight who did not need their lessons. But one thing you can be sure about a good teacher is that they’re also a good listener, and so the horse could hear the unasked question, the request for assistance that the knight hadn’t thought or didn’t dare to speak aloud. “Well,” the horse said as their nostrils flared, “as I said. I’m usually here as a teacher, but I can still carry a rider into battle, should the need arise. As we go, if you’d like to talk a little more about what happened, I’m not going anywhere except where you ask me. And if you’d rather not, well, that’s just fine.”

The knight swung up into the saddle and took up the reins. “Perhaps later. For now, there is a lesson that we can deliver together,” they said, and with no further words needed, the frightened but determined knight and the eternal horse charged ahead.