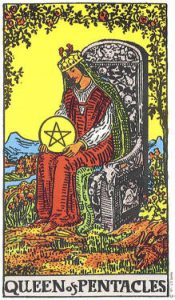 Once there was a queen of a minor nation who had, over the course of her reign, made a few powerful enemies who conspired against her. They managed, after years of scheming and plotting, to have her banished to a place far, far away from the land that she had once ruled. The queen was rather unceremoniously dropped into the middle of the meadow, and as far as the conspirators were concerned, that was that.

Now, the queen was – as far as they knew – a woman of cities and of palaces, of court dinners and of grand gatherings. That’s all they knew of her because they hadn’t bothered to learn, or to care, about the queen’s life before she became the queen. In truth, however, the queen had, long before, spent her youth as much outdoors as in, as the youngest daughter of a minor house that had few prospects for advancement. The precarious nature of her lineage didn’t matter much to her in general, and didn’t matter at all when she was outside, exploring and running and adventuring. In those days she learned the joys of the sun, and had to be dragged inside almost by force.

Her parents, those minor nobles with ambitions that were anything but minor, despaired of their daughter, but knew how they could gain something from her. They married her off to a petty king, sent her her away as quickly as they might, and immediately set about counting (and spending) the dowry she had earned them.

So as you can see, the queen was twice conspired against, twice betrayed, and twice misunderstood. First by her parents, who took her from her beloved wilds for their own benefit, and then by the nobles, who sent her back to them as a punishment.

Of course, it’s not the same thing, being alone in the woods always when you’re used to being there as long as you wish and then going back home to eat and to sleep. Then again, the queen herself wasn’t quite the same as she had been back in her youth, either. She was capable, now, of not only enjoying the joys of the sun, but of learning the secrets of the moon as well. It took time, and time, and time, but eventually the deposed queen of a petty court, victim of conspiracy and banishment, became a queen of the wild corners of the world, with creatures as her councilors and incantations as her companions.

In short, she became a witch, and that suited her much better indeed.