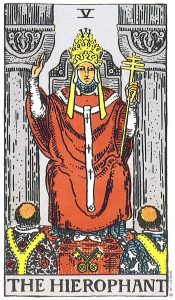 There were once two friends who set out to discover the meaning of life. They were young, and therefore quite certain that this endeavor might take them a month or so to accomplish. The friends began by looking around their hometown, and then by asking the librarian, and then by conversing with the travelers who were passing through, but in spite of these efforts, they didn’t discover an answer.

After a while, they reasoned that the meaning of life was a very large thing, so maybe they would have to travel more than a couple of miles from their homes to find it. The friends set out immediately, traveling to the largest city they had yet heard of, and they looked around that city and asked the librarians there and made conversation with the travelers in the taverns. Some time later, they compared notes and had to admit that they still felt no closer to the answer than they had been in the beginning.

Eventually the friends agreed that if the meaning of life wasn’t to be found in the largest city they could think of, and it wasn’t to be found in the town where they had lived their whole lives, then surely it must be waiting for them in the remotest wilderness. So they set out to the forest at the furthest edge of the largest map they could find, and once there they looked around the clearings and the hills and the valleys, and they asked the owls (who seemed the closet to librarians of all the animals, somehow) and they conversed with the travelers they found at the tavern (which is to say, they talked with one another at the edge of the stream near their campsite). Still, if there was a meaning of life, it continued to elude the friends.

And then one day, at the edge of that stream or in their rooms above another tavern in another city or while atop a mountain where a wise witch (who really might have once been a librarian) was supposed to have been, the friends had a vision. In the vision they found themselves in an impossibly beautiful cathedral, before a crowned being who somehow looked at both of them at once. It was hard to tell for sure, but the being didn’t seem quite human or quite not-human.

“You have been seeking something, I understand?” the crowned one said without moving their lips.

The friends exchanged glances, then one of them spoke. “Yes, we’re looking for the meaning of life.”

“Right,” the other friend put in. “We’ve asked around a lot, and no one has had a good answer for us yet.”

The crowned figure nodded. “That’s a good thing to be looking for, I suppose,” they said. “I hope you’ll let me know if you find it.”

“Hang on a second,” the first friend said. “You’re the one with the crown in the cathedral inside of a mystic vision. I should think that you’d know that already, and that you would let us in on the secret!” The second friend nodded, began to speak, and then closed their mouth, having nothing else to add.

The being with the crown in the cathedral inside the mystic vision shrugged helplessly. “I joined the church because I wanted to do something positive,” they said, looking more human and less not-human. “I suppose I felt a calling, or else I just figured it was a better option than any I’d come up with. I like to think I’ve helped some people and done more good than harm, but meaning?” They laughed, in equal parts amusement and bitterness. “I’ve never met a person – holy or not, young or old, mortal or divine – who was doing anything more or less than making it up as they went and hoping it turned out okay. So, like I said. If you figure it out, come back and let me know. I may have a job for you.” They smiled, starting to look less human and more not-human once more. “Or, who knows? Maybe I’ll ask you for one.” With that, the vision (if that’s what it was) faded away, leaving the friends alone once more.

And speaking of the friends, they may have gone home then, or they may have found another home, or they may have resigned themselves to making it up as they went along. I like to think, though, that they’re out there still – searching, talking to travelers, and questioning every librarian they happen to meet.